Construction and Contractors: All in a Day's Work 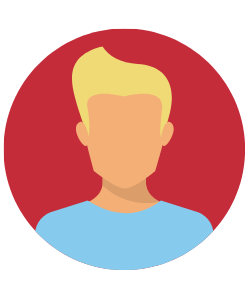 Can you imagine being a contractor? You start you morning by picking up supplies at the local building store. You drop off those supplies at one job site, and then you drive to another job site where you spend four hours mudding drywall. As that dries, you make calls to some of your suppliers, and then you meet with a client about a new job across town. As evening rolls in, you drive back to the other construction site and sand down some of that drywall. If this sound like a fun day to you, then you've stumbled on the right blog! This is a blog about construction, and you'll fit right in.

The winter provides unbeatable seasonal beauty, especially if you live in an area with regular snowfall. But when snow builds up on a roof, it can weigh anywhere from 7 to 20 lbs per cubic foot of snow depending on density and depth. All that weight can cause a lot of damage. If you own an asphalt shingle roof and are worried about snowpack avalanches, snow guards are available that work well with this residential roofing material.

Snow guards are small devices that slide under the shingles. Each one has a small hook on the end or other shape designed to hold snow from sliding off the roof. This creates a snowpack that is relatively stable. Without a snow guard, you can get a large avalanche of snow dropping off that hurts someone or damages property. An added advantage to snow guards is that they help a more even layer of snow to build up on top of your shingles. This pack more easily stays frozen instead of melting and creating a roof leak from the ice dam effect. Snow melts off in small sections, dropping off harmlessly when temperatures warm.

There are different kinds of snow guards available and only one type works well on asphalt shingles. Bar-type snow guards only make a line that holds snow at the very edge of the roof. This isn't a great fit for asphalt roofs. The best kind of snow guard for an asphalt shingle roof is the pad style. In this style, a flat shim holds a wide pad and slips easily under the asphalt shingle without damaging it. The pad can be plain or decorative as long as the guards are placed in the proper amount and pattern on the asphalt roof. This usually involves a large grid pattern that goes over the lower third of the roof. Creating a grid of pads increases friction over a larger part of the roof to ensure the snowpack doesn't slide off the somewhat slick asphalt shingles.

The amount of snowfall and how deeply it accumulates largely determine if snow guards are practical or not. Regular snow accumulation that's six inches or deeper may indicate a need for these guards. You want to consider the slope of your roof as well. Steeply sloped roofs are more likely to shed their snow pack all at once. Snow guards can be installed together with heat tape to prevent ice dam problems on roofs prone to them because the combination will allow snow and ice to melt evenly rather than leaking under the shingles.